I’ve read about performers who suffer from stage fright, singers and musicians who battle jitters and butterflies leading up to their time on stage. Sweaty palms and a nervous gut all the way out to the microphone. But as soon as they belt out that first note, the fear melts away, they are in their element, the zone, flow state.

A similar feeling overcame us as we put Texas in the rearview and headed towards the Northeast. For months we had suffered restless sleep, heartburn, and anxiety. Uprooting our life was a big decision, and it came with big emotions. Elation and terror are two that come to mind. However my main impression of our last few weeks in Texas are of a time colored by a constant background hum of edgy nervousness. And just like that, the house was sold, the van was packed, our adventure was truly beginning. A certain sense of ease slowly returned to Jen and I. Its as if we were finally on stage, and that first note was ringing out.

Our first stop was Memphis. Just a quick overnight break from the road, but enough time for the kids to marvel at the street performers on Beale, and for us to put our mark on the wall at Graceland. Pro-tip, you can walk onto the grounds of the estate for free if you arrive between 7:30-8:30am. 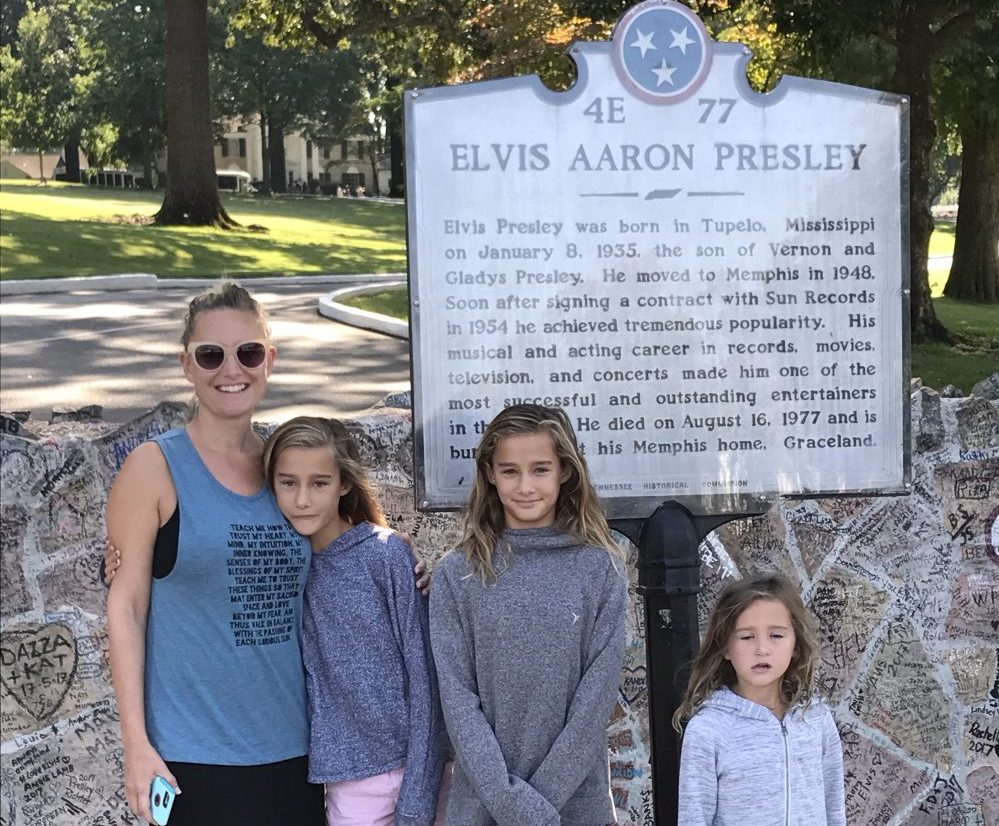 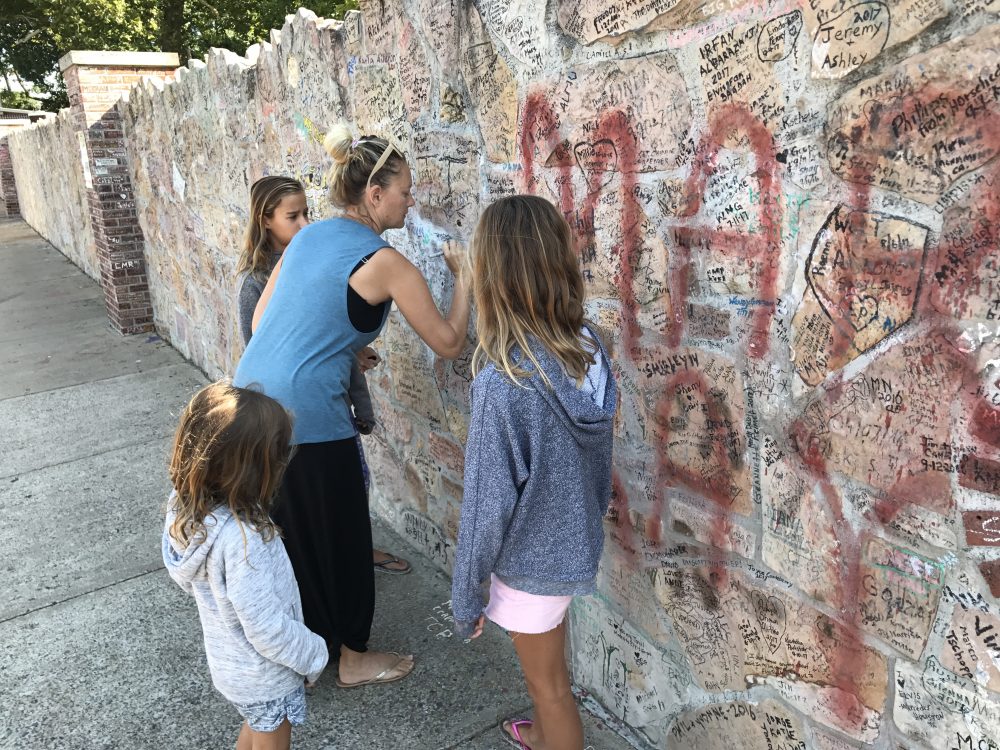 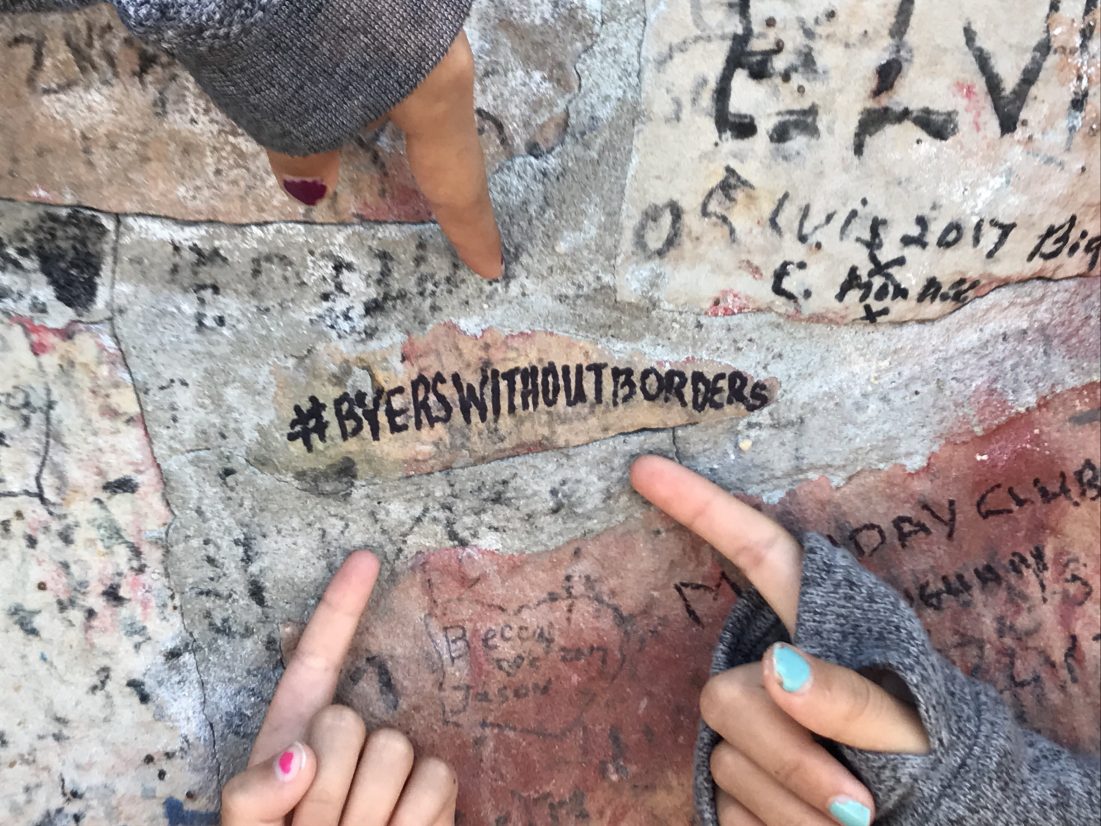 Two nights in Charlotte allowed Stella to celebrate her birthday a second time, but now with her two cousins. Beers with a longtime anesthesia friend as we entered Appalachia proper, put us on the doorstep of my childhood home, Roanoke VA.

I moved from Roanoke at the beginning of highschool, how surreal it was to wander a town I had left more than 20 years ago. I’d loved growing up there and had long wished to show my kids the streets I’d biked and the woods I’d played in. I’d spent so much time imagining their reactions that I completely underestimated how these old sites would affect me. After a two decade absence, there was a strange sense of filling in the blanks of half remembered dreams. Streets that were foggy memories were suddenly there in the crisp detail of reality. Most special was taking them on a day hike to Mcafee’s Knob. 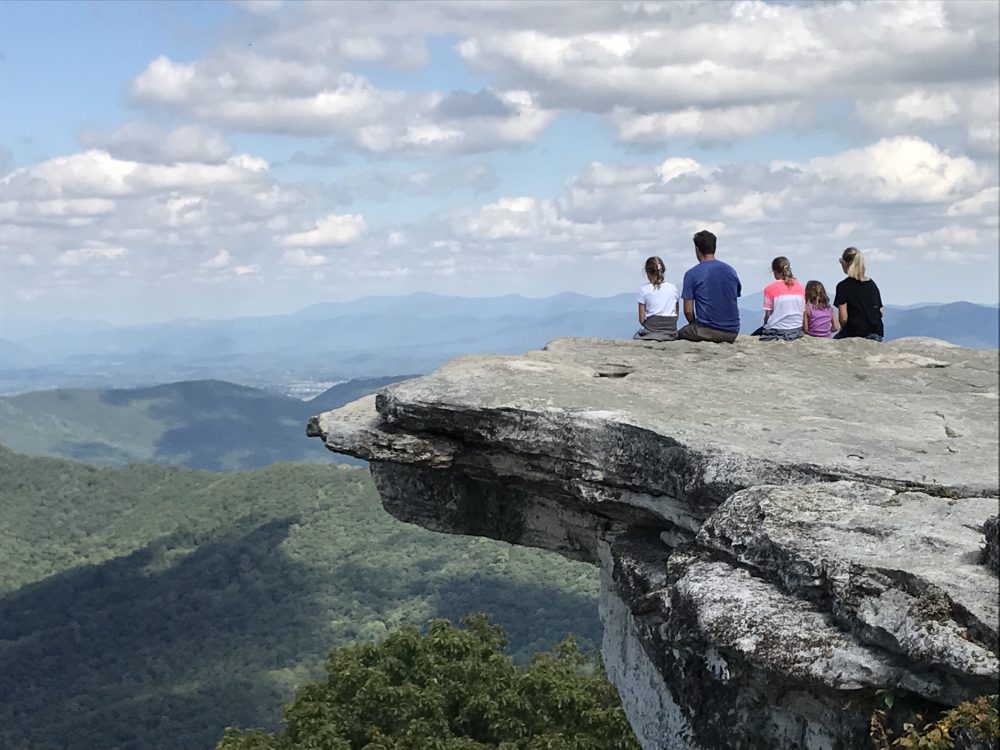 It is a hike I had done hundreds of times as a kid. It is also, arguably the most photographed section of the 1200 mile Maine to Georgia, Appalachian Trail. The kids were appropriately impressed and exhausted when we climbed back into the van for the drive up to D.C.

One hopes that your kids will appreciate the deep history and subtle lessons the landmarks and buildings of our nation’s capital represent. But after two days of making the rounds (The Capitol Building, White House, Lincoln Memorial, etc), the lasting impression on the Byer children was the salad bar at Whole Foods. Probably because we let them make their own creations, which typically meant plates of croutons, bacon, and parmesan cheese.

One last drive from D.C. put us at 17 Anderson St. Our new home in New Haven CT.

In 1519, the Spanish commander Hernán Cortés, on arrival from Europe to the new world, ordered his ships to be burned so that his men would have no choice, conquer or die. When I woke up on that first morning in CT, I understood this rationale perfectly. Those excited and uplifting emotions from our Texodus had faded. My only thought that morning… “Oh my god what have we done?” Like Cortes, we have allowed ourselves little opportunity of turning back. The Byers must go forward into this crazy adventure. So we began that morning, with the practice of not digging up in doubt, what we had planted in faith. We have faith in this plan, and our little family.